Nominated by: Boissevain and District Chamber of Commerce 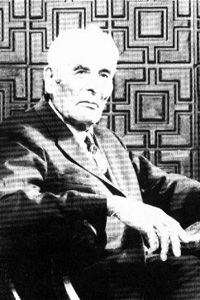 Dr. Frederick Valentine Bird was born at old St. Andrews, near Lower Fort Gary to Scottish-Indian parents. He received his formal education and pre-med at Petersfield and Selkirk, teaching school in order to put himself through medical college. One of a class of 13 to graduate from the faculty of medicine at the University of Manitoba in 1913, Dr. Bird set up his practice in Boissevain where he met and married a nurse, Ella Bradley.

In the early years of his practice, he experienced the hardships of a pioneer doctor. On call 24 hours a day, he traveled many miles to see patients over roads that were atrocious in summer and impassable in winter. Emergency operations were often performed on kitchen tables in cold, draughty farmhouses by the light of a kerosene lamp. During his years in practice, he brought more than 2,000 babies into the world and at times worked 48 hours at a stretch without sleep. His call to duty and service to his fellow man continued even though many times there was no money to pay his bill. Through the Dirty Thirties, many accounts were paid with meat, chicken, butter, eggs or whatever people had to give in lieu of money.

A community-minded citizen, Dr. Bird served as a member of Boissevain Town Council, mayor from 1929 to 1939 and as health officer for 40 years. He was honoured by his community on several occasions and by the Manitoba government in 1972 when he was awarded the Manitoba Good Citizenship Award.

The Manitoba Agricultural hall of Fame is proud to have chosen Dr. Bird to represent the contribution made by all pioneer doctors in Manitoba.