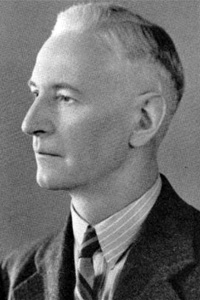 Dr. James Reynolds Bell was born at Clearwater, Manitoba, the son of pioneer homesteaders Thomas and Annie Bell. He attended high school at Clearwater and worked on his father’s farm prior to his enrollment in the Manitoba Agricultural College at the University of Manitoba in 1912. He graduated from the college with a B.S.A. degree.

Mr. Bell entered the Manitoba Civil Service as an agricultural representative for the Portage la Prairie district, one of a group of five who were appointed as the first agricultural representatives. In 1923 he was transferred to the position of livestock field man with the department’s extension service and later he became livestock commissioner. He stayed on as commissioner for 26 years.

Mr. Bell helped to introduce diversification in Manitoba through livestock. He worked persistently to raise the quality of livestock through such measures as the use of sires purchased and leased by the Department of Agriculture to clubs organized throughout the province. He encouraged Manitoba livestock breeders to show their animals in competitions at the Royal Winter Fair at Toronto and thus demonstrate that top quality livestock was being raised in this province.

In 1949 he was appointed Deputy Minister of Agriculture and served in that capacity for 13 years. In 1958 and 1959 he was responsible to a large degree for implementing the Agricultural Credit Act, the Crop Insurance Act and the current system of agricultural bursaries.

For his service to agriculture Mr. Bell was award an Honorary Doctor of Laws Degree in 1956 by his alma mater.