Nominated by: Ron Boechers on behalf of the Manitoba Milk Marketing Board 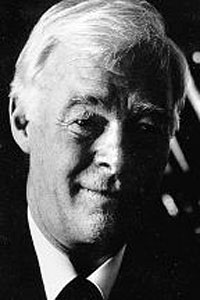 Arthur Vincent (Art) Rampton, son of Vernon and Elizabeth Rampton, was educated in Dauphin and received his Matriculation standing from the Mackenzie High School. In 1939 he married Nada Wilkinson, and they raised three sons and one daughter, of whom they are very proud.

During World War II, he served overseas for five years, in North Africa, Italy and Europe. (He was mentioned in several dispatches.) Returning to Dauphin and purchasing a farm next to his father’s, he bought several registered Guernsey cattle and thus began the long time passion of raising, showing writing about and judging Guernsey cattle.

He was the first one to have a Guernsey display at the Regina Exhibition, and also exhibited cattle in many parts of Manitoba, Saskatchewan, and at the Calgary Stampede. Earliest records indicate that his cows reached the honour production list, i.e. the top ten for milk butterfat qualities. As part of the farm operation, he ran a fluid milk and ice cream plant for 15 years. Following his retirement, he worked and became an integral part of the embryo transplant program.

Arthur was involved in other community affairs; school trustee, Board of Stewards of the United Church, coach of minor hockey, 4-H leader, and was a very active Lion. As well, he had an interest in politics and ran in the provincial election of 1973.

Mr. Rampton has always been a cheerful, community-minded person, who never shirked a challenge nor a responsibility, as exemplified by his penchant for long days and hard work. He has always been generous to others, and has tried to make organizations serve everyone.