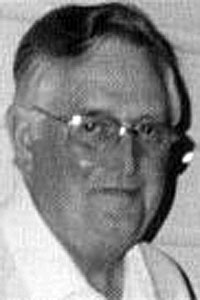 Richard R. (Dick) Filteau was born in 1920 and raised on a farm near Dumas, Saskatchewan. He was educated at Model School and Kelvin Tech. High School. In 1942 he joined and served in the R.C.A.F. In 1945-49, he attended the University of Manitoba graduating with a BSA degree in Agriculture. He later attended Tucson University to improve his skills in extension and management.

In 1943, he married Helen Hall and raised two sons, Glenn and Douglas, and one daughter, Brenda. Dick served as Ag. Rep. in Steinbach and Melita. He later served as Co-ordinator of Programs and Policies for Manitoba Agriculture. Dick has worked closely with farmers, 4-H clubs, farm groups and rural groups. He judged at many livestock and seed shows and was involved in the initiation of the Pipestone Feeder Cattle Yard. Dick was a director for Manitoba on the Agriculture Institute of Canada. He served as mayor of Melita, on the Town Planning Committee and the Chamber of Commerce.

He served as Agriculture Advisor to the Yukon Territorial Government where he helped to establish an Agricultural Branch. He initiated and conducted trials on cereal, forage, garden and greenhouse crops. He initiated the development of a booklet on gardening in the Yukon. He also carried out a census of Agriculture in the Yukon. Dick was instrumental in setting up and managing the Southwest Field Shelterbelt Program.

Dick is highly respected, well known for his abilities and his communication and organizational skills; also respected is his dedication to the agricultural industry and the concerns of the people of the various communities he so faithfully and capably served.