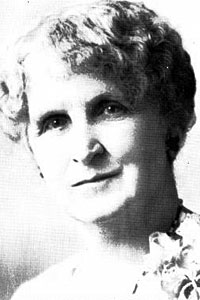 In 1892, a young woman in her early 20s, Mary Jane (Jennie) Watt, came west from Woodstock, Ontario, with her husband, David Watt, to settle on a farm eight miles from Birtle. Those who write of Watt tell of her courage, her loyalty, her gracious personality and of her record of devoted public service which places her among Canada’s most distinguished pioneer citizens.

Watt was most active in the Women’s Institute movement. Started in 1910 as “Home Economics Societies” these groups were designed to act as channels through which the Agricultural College might reach the women of the province with lectures on various phases of homemaking. Birtle was one of the first to organize in 1910 with Watt as secretary. Later she served as president for seven years until elected provincial president. Under her leadership, the Birtle society started a library, helped to establish a cottage hospital, opened a rest room and carried on other useful community services. Under her guidance as provincial president, the women did gallant public service during the difficult post-war years.

In 1923, she was elected national president of Women’s Institutes. Watt’s outstanding service to the rural women of Canada was her promotion of a women’s exhibit at the Canadian National Exhibition in Toronto, to which each province sent an exhibit. These displays were of high educational value.

In 1926, Watt was awarded the Honorary Diploma in Home Economics by the Agricultural College. In 1930, she was further honoured by being asked to judge in a Community Progress Competition, arranged by the colonization department of the Canadian National Railway.

Watt has been an inspiration to all. She has shown us that we must develop to the utmost every talent, every capacity within us, for the strengthening of our characters and of our own family unit and advancing from that base to devote ourselves to the service of the community.