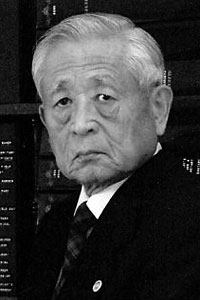 Yoshikazu (Joe) Tsukamoto was born on September 12, 1925, in New Westminster, British Columbia. He attended school in Japan, graduating from Nagahama Agricultural School. Returning to Canada in 1941, Joe, as a Japanese-Canadian, lost his freedom through internment. He spent the war years working in the sugar beet fields of southern Alberta, growing richer in experience and stronger in determination. Following the war, he attended Olds School of Agriculture and Home Economics, graduating in 1949. He later attended McGill University where he received both his B.Sc. (1954) and M.Sc. (1962) degrees in Agriculture. Joe married Susan Hitchcock in 1963. They have a daughter, Suyoko.

Joe’s career with Agriculture Canada commenced as a summer assistant at the Research Stations at Lacombe, Alberta and Fort Simpson, Northwest Territories. From 1954 to 1966 he was employed at the Whitehorse Experimental Farm, Yukon, where he became Canada’s first agricultural research scientist in the North. With his expertise in agronomy and horticulture, Joe participated in research and development projects specifically for northern latitudes.

From 1967 to 1991 Joe was employed by Manitoba Department of Agriculture as an Agronomist at Brandon. As a crops specialist, he worked with the production of cereal and forage crops. He was committed to crop diversification, promoting the production of special crops such as sunflowers, fababeans, soybeans, buckwheat, lentils, peas and beans. He worked tirelessly to provide information, advice and encouragement to producers willing to diversify into new crops. The result has been the introduction of many alternative crops into Manitoba’s agricultural economy. For Joe, the work was always rewarding, whether it was establishing trials, speaking at meetings, serving on task forces, or participating in fact finding and trade missions.

Upon retirement from Manitoba Agriculture in 1991, Joe was employed by the Bangladesh-Canada-Netherlands Crop Diversification Programme in Dhaka, Bangladesh. As pulse crops team leader, he contributed to efforts to increase production of high-protein crops. On his return to Canada, he acted as a consultant on buckwheat production for Japan and a volunteer advisor on projects for the Canada-Ukraine Program in Ukraine and for Canadian Executive Services Overseas (CESO) in Russia and China.

For his work in developing alternative crops for Canadian farmers, Joe was made a Fellow of the Agricultural Institute of Canada. He received recognition from various grower associations along with a host of awards, including Honourary Life Memberships in both the Manitoba and Canadian Seed Growers’ Associations, the Outstanding Extension Award from the Canadian Society of Agronomy, and the Distinguished Agrologist Award from the Manitoba Institute of Agrologists.

Joe Tsukamoto’s legacy is apparent in the wide array of special crops now being grown throughout Manitoba.