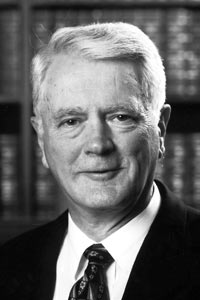 From 1957 to 1959, Murray was employed by Manitoba Department of Agriculture (MDA) as an Agricultural Representative in Swan River. Following post-graduate studies in the US, Murray became Senior Economist with the Manitoba Economic Consultative Board. In 1967, he rejoined MDA, first as Assistant Deputy Minister and then a year later as Deputy Minister. Murray’s review of Agricultural Services led to a major reorganization of the department and the implementation of a regional structure for the delivery of specialist extension services. This structure is still in place today.

In 1973, Murray assumed the position of Assistant General Manager with Manitoba Pool Elevators (MPE). He was promoted to General Manager in 1978 and then CEO in 1984. Under his leadership, MPE expanded its oilseed and food processing, fertilizer production and terminal elevator capacity. It also improved and consolidated its country elevator system to achieve economies of scale. In 1988, Murray was recruited by Agro Company of Canada to serve as CEO in Montreal. He returned to Manitoba in 1993 and did contract work first for the Federal Business Development Bank and then the Provincial Government where he was involved in the development of Canadian Agra Corp’s oilseed crushing plant at Ste. Agathe. In 1995, Murray became Executive Director of the Western Grain Marketing Panel. From 1997 to 1999, he was Deputy Minister of Manitoba Industry, Trade and Tourism where he was involved in the establishment of the Maple Leaf hog processing facility in Brandon.

Besides his contributions to agriculture, Murray is a proud father and devoted husband.