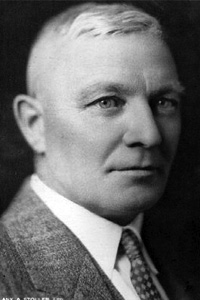 Colin H. Burnell was born in 1880 on a farm in Westbourne, Manitoba. He received his early education in Birtle, Manitoba and Medicine Hat, Alberta. He started farming at the age of 18 at Oakville, Manitoba. He devoted practically the whole of his life to farmer organizational work and service in the co-operative movement.

He joined the Manitoba Grain Growers Association in 1904, the year following its foundation, and later assisted in the organization of the Grain Growers Grain Company.

He played an active part in the famous ‘Siege of Ottawa’ and in 1921 had charge of the campaign which resulted in the election of Progressive Candidates in all rural constituencies of his province.