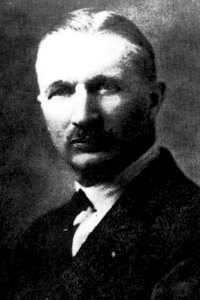 Paul F. Bredt was born in Leipzig, Germany and came to Canada at the age of 17. The family settled on a homestead near Edenwold, Saskatchewan. Here he attended public school and upon completion he entered the Manitoba Agricultural College and graduated in 1914 with highest honours.

Following graduation, he was appointed assistant livestock commissioner for the province of Saskatchewan and a short time later was made commissioner. In 1919, he took up farming at Kemnay, Manitoba, established herds of Shorthorns and Clydesdales and specialized in growing registered grains.

To this list of impressive credits, one could add that he was a member of the Board of Governors of the University of Manitoba, vice chairman of the National Barley Committee and representative for the province of Manitoba on the board of the Western Grain Standards Committee.

He was recognized as one of the most outstanding grain men in Canada. He was a fine citizen who gave unsparingly of himself to his fellow man and to the betterment of agriculture.