Nominated by: Department of Entomology, Faculty of Agriculture, University of Manitoba 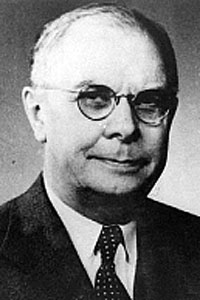 He taught school for two years, obtained a B. A. degree from McMaster University in 1914, and a BSA degree from the Ontario Agricultural College in 1918. He then taught entomology at the Manitoba Agricultural College until 1927, when he received a Master of Science degree from the University of Manitoba. For the rest of his professional career, he taught entomology until 1954 when he was appointed Professor Emeritus of Entomology. In 1958 he was selected as Honourary Member of the Entomological Society of Manitoba and in 1951 an Honorary Member of the Manitoba Beekeepers’ Society.

Professor Mitchener published 57 scientific publications on research in either beekeeping or insect control in Manitoba during his career. In addition to his professional duties, he took an active interest in his community as a member of his church and the school board. This he did with an equal amount of enthusiasm, pleasure and sense of duty.