Nominated by: Manitoba Semen Distribution Centre and the Rural Municipality of De Salaberry 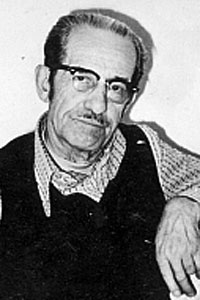 Joseph La France was born in Pembroke, Ontario in 1902 coming to south-western Manitoba in 1931. He married Jeanne Radoux in 1932. They became parents to six children.

Joe began his 29 year career as Agriculture Representative at St. Pierre in 1931, where his organizational ability, foresight, and imagination quickly won him the respect of the community. Mr. LaFrance immediately began to compile background information on the application of artificial insemination and related operations, gleaning much assistance from established American innovators. In 1945, the A. I. Stud Rat Creek Breeders’ Co-op was opened with Joe as Administrator. In addition to the A. I. Industry, Joe was the founder of the Dairy Herd Improvement Association; established 13 cheese factories in the area; organized the first 4-H Club in the area; organized several pasture improvement projects; established Manitoba’s first Credit Union in St. Malo in 1938.

His work with Dairy Cattle centered on the Holstein breed which, in his estimation, was best equipped to produce fluid milk. As a result of his interest in the A. I. Industry, it was natural to introduce this program into the dairy herd concept.

Mr. La France’s aim was to make the farm a better place to live. Through his many endeavours, he most certainly attained his goal in life. He passed away in Winnipeg on September 24th, 1989, at age 87.