Nominated by: Joe A. Kostuchuk 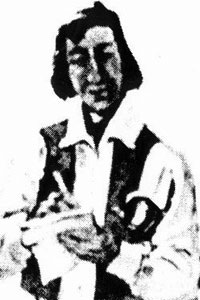 Peter Fidler, born 1769 in Bolsover, Derbyshire, England, signed on as a labourer for the Hudson Bay Company in 1788. On his arrival in Canada he was trained by Philip Turner, the Company’s factor as a surveyor. Peter did his job with such accuracy that his maps are referred to in modern times. He used this same accuracy for detailed drawings and descriptions of the flora and fauna he found as he worked his way across the prairies.

When he became Fort Master for the Company, he carried seeds wherever he went. He planted gardens at all the forts, and these gardens were grown as far north as York Factory. With many forts established, he turned his attention to the agricultural prospects of the West. During the summer of 1812, barley crops were destroyed by grasshoppers, and he noted that this destruction occurred every 18 years. He also reported that potatoes, turnip, and other vegetable crops failed, due to almost continuous drought. These crops had yielded well for four years commencing in 1812, but dry summers started in 1816.

Mr. Fidler also reported on the different types of soils found at the forts and noted that manure was seldom used, except for the raising of cucumbers, melons, and onions. Potatoes, introduced into the area in 1780, were the main crops at the forts. He also introduced the first cow, bull, and hen into the Selkirk Settlement and helped to teach the settlers the art of farming.

In 1819 Peter retired to Fort Dauphin, there to tend his garden, his barley and wheat crops during his final years. At that time he wrote, as well, about the flourishing Manitoba Maple Syrup Industry. He died in 1822 and was buried at the Fort. The memory of this remarkable man will always remain in the minds of his descendants and admirers. He was truly: “MANITOBA’S JOHNNY APPLESEED”.