Nominated by: Board of Directors of the Manitoba Agricultural Museum 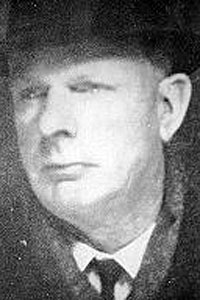 Donald E. Carrothers, the eldest son of Thomas and Etta Carrothers was born and educated at Austin, Manitoba. There he married Muriel Tattersall and raised their family.

At a very early age Don developed a keen interest in engines. He was fascinated with their detail and performance. When the war of 1939-45 started, it had an enormous appetite for scrap iron. Most of the farm machinery and implements of our forefathers was being devoured to serve the war effort. Don, alert to the fact that a vital part of our heritage could be lost, took up the concern of collecting and storing these vital heritage links. Mr. Carrothers’ personal dedication or “mission” in life was established.

His first action was to alert the people of the impending danger and to form a committee to help prevent the total decimation of the unique artefacts. Never in the history of the area has such a personal dedication been witnessed. At a time when he was needed most at home he sacrificed time away from his farm and family duties to promote the establishment of what came to be known as the Manitoba Agricultural Museum. His energy knew no limits. He did not have great wealth for that would have meant that he could have created an “instant” museum, but he did have a dream, a desire, and the dedication to make the collection become a reality.

As the museum grew, he came to know the joys and disappointments of being the “founding father” of such a large enterprise. He was never reluctant to confront fundamental problems, and he never ducked issues or questions regarding his beloved museum. He expressed his opinions openly and freely.

Besides being recognized at the museum, he judged antique farm equipment and was awarded the “Manitoba Historical Society Centennial Commemorative Medal”.

The MAM consists of many displays of antique farm machines and a pioneer village. Special yearly events include historic farm equipment in action. These machines stand as monuments to the mission of the devoted founder, Mr. Don Carrothers.