Nominated by: Rural Municipality of Arthur 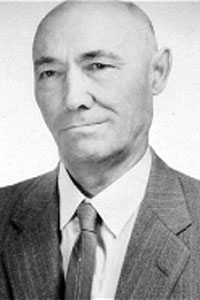 Percy Brockinton was born in the Peninsula District of Arthur Municipality and attended the district school until 13 years of age. At this time he started working on the home farm, and in 1914, he ventured into farming on his own in the Melita area.

In addition to the growing of Elite and Registered Seed Grain, Mr. Brockinton achieved marked success with his purebred herd of Shorthorn cattle.

Mr. Brockinton was also an active member of the community who served on the rural School Board, was president of the Agricultural Society and the Curling Club, served for five years on the Melita Town Council with five years on the Local Planning Commission.

Percy was honoured in 1964 by the Canada Department of Agriculture and the Canadian Seed Growers’ Association: “In recognition of services and contributions to Canadian Agriculture”; a fitting tribute to one who spent his life working to improve the lot of those who lived and worked in rural areas.