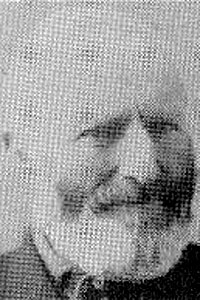 John McLean I, born in Midlethanty, Scotland, came to Canada in 1837. He settled in Puslinch County, Ontario. In 1862, he, with his family, moved to Manitoba. They came to Pembina, and on the maiden voyage of the steamer “International” they traveled down the Red River to the Forks. Unlike many others who wanted to go to the Cariboo Country and the gold fields, he wanted to farm. Traveling west from the Forks, to what is Portage la Prairie; he bought land from a Mr. Revere. This property’s frontage was along Crescent Lake, “the slough”, and stretched northward for two miles. Today, this area is marked by Main Street East to 4th Street West a central part of the city. In later years, he added to his holdings by acquiring land immediately to the west. He grew a potato crop in 1862, and thus started nineteen years of successful farming.

When Mr. McLean and his family moved into the region, the majority of the people were of Métis or Indian extraction. There was a small sprinkling of while people associated with Archdeacon’s mission settlement, and fur trapping and trading. Farmers were not welcome, so many of the stories of those early frontier days told of the situations and problems associated with confrontations between the different groups. John’s tenacity and ability to deal with danger was part of the life story of this man.

Mr. McLean’s role in the settlement is noteworthy. In 1872, he was one of the first agricultural fair exhibitors, and Board Members. He donated the land as the “right of way” to the Exhibition Grounds. His was the first binder to be in operation in the district. He also owned the first Democrat, which he used for public benefit, delivering the mail. Despite the weather and rough conditions, the mail always got through. Many people, who were in distress, sought his help and were seldom disappointed. He is also remembered as a promoter of the settlement, and at the times involved with frontier justice. When attempts were being made to set up an independent republic, he came to its rescue.

No one would question his bravery, nor his determination to endure the dangers and the rigors of that early farm life. Here lived a frontier man, whose interests lay in helping the new settlers, and the community, to grow and prosper.